We already know that the OTT platform is booming right now because of its unique content and Zee5 is one of them. Zee5 is very new if we compare them to big OTT platforms like Netflix or Amazon prime and also their web series or film do not have the luxury of big-budget like Netflix but it’s getting popular every day because of its unique content. So, that’s why today I bring you the top 10 best Zee5 web series you can watch right now. This list is filled with thrills, drama, comedy, betrayal, and lots of twists. So, hop in because I am sure you will find something interesting to watch.

Zee5 web series become very popular very quickly in OTT-business because of its unique content. So, I bring you the 2021 top 10 best Zee5 web series you can watch right now. This list contains everything from thriller to drama, comedy to romance, mysteries to psychology and I am sure that you will find something new here that you haven’t watched yet.

Sunflower is a crime-thriller comedy series created by Rahul Sengupta and directed by Vikas Bahl. Sunil Grover, the comedian-turned-actor who you may know as Gutthi, plays a major part in the series, with Ranvir Shorey, Mukul Chadda, and Girish Kulkarni all playing important roles. Sunflower tells the narrative of a mysterious murder in Sunflower society. Everything revolves around the housing society, from thrills, comedy, and drama based around the characters with their relevant stories. The excellent storyline and direction will keep you engaged till the very end. Now is the time to binge-watch all of the episodes of Sunflower on Zee5.

The unseen story of the courageous NSG commandos who rescued Mumbai during the horrific 26/11 terrorist strikes is presented in the State of Siege 26/11 series. The NSG commandos were the city’s sole hope when terrorists struck Mumbai in 2008. During the 26/11 Mumbai terror strikes, Major Manikrishnan led his troops from the front and risked his life to save captives at The Taj Hotel. To safeguard the country NSG commandos fight against all odds.

You’ll be speechless after hearing about their bravery and sacrifice. Watch how the NSG Commandos rescued Mumbai and saved countless lives. Now is the time to binge-watch all of the episodes of State of Siege: 26/11!

After shooting the people responsible for his father’s misfortunes, a street-smart law student becomes a prime suspect in a murder inquiry. Rashmi is a fiercely independent young woman who is seduced by Akhil’s attractions and is willing to conquer any obstacles that endanger her love life. What will Rashmi do to ensure Akhil’s safety and the future of their relationship?

Like actor Divyendu Sharma’s consistently outstanding performance, as well as Anshul Chauhan, Rajesh Sharma, Gagan Anand, Akanksha Thakur, and Abhinav Anand’s outstanding performing. Is the story about a young kid who loses his father as a result of a cover-up or something else? Is it possible for him to forget about the past and go on, or is revenge the only way for him to feel better? The Bicchoo Ka Khel series is a humorous crime drama that will keep you watching until the end.

Rangbaaz is a crime thriller series based on true events that feature Saqib Saleem, Aahana Kumra, Ravi Kishan, Tigmanshu Dhulia, and Ranvir Shorey. This crime thriller, set against the rustic backdrop of Gorakhpur in the 1990s, is filled with bloody scenarios, desire, and politics. Rangbaaz’s plot is inspired by genuine events in Shri Prakash Shukla’s life. The story of a DDU student who turned into one of the city’s most dreaded criminals and was killed in 1997 will be told in this web series.

When several guys teased Shri Prakash Shukla’s sister, he made his first mistake. Rangbaaz is a must-see for everyone looking for a thrilling, action-packed web Series.

Mafia tells the story of six college buddies who meet after six years for a bachelorette celebration in the Madhuban woods, where their harrowing past emerges. The show stars Isha M Saha as Ananya, Anidita Bose as Neha, and Madhurima Roy as Tanya and is directed by Birsa Dasgupta and produced by SK Movies. Its plot revolves around a reunion party, which is sparked by hate and a sense of betrayal from the past. The reconnection turns an otherwise pleasant vacation into a deadly cat-and-mouse game.

The friends begin a game of Mafia, a familiar game that many of us remember from our childhood. Rather than being a bonding activity, the game draws out the worst in them, motivating them to carry out their hidden objectives of deception and betrayal. If you are looking for mysterious, thriller & psychological web series. Then this one is for you.

Kali web series packed with several facets of courage, hope, betrayal, and danger. It’s a story of a helpless mother who is willing to go to any extent to save her child. A desperate mother faces the dark side of Kolkata’s underbelly in a race against time to save her son’s life. She runs into several evil and corrupt people engaged in the world of human trafficking also she gets tangled in a Drug Cartel and has herself trading a consignment for gathering money.

She becomes imprisoned between warring gangs and must fight her way out.  Follow her heartbreaking journey as she is forced to engage in criminal activities and fight the drug cartel to ensure the safety of her child. Recommendation for must-watch.

Lalbazaar is a ZEE5 Original series about a group of daring cops who fight with Kolkata’s dark underbelly. Its concentration is on culture and ethics, as well as crime and corruption. Kaushik Sen, Rishita Bhatt, Sauranshi Maitra, Sabyasachi Chakraborty, Dibyendu Bhattacharya, and Subrata Dutta star in the series, which is directed by Sayantan Ghosal.

Its plot transports you to the underbelly of this location and reveals the strange events that occur. A group of legitimate and well-respected cops is determined to bring peace to this stormy location. The story shows the difficulties faced by law enforcement, as well as how life in such a complex society brings forth relationships and, at times, conflicting emotions.

The series centers around two friends, Tanie and Sumer, who are played by Anya Singh and Nakuul Mehta, respectively. This web series is based on Sumrit Shahi’s blockbuster novel, Never Kiss Your Best Friend. The series tackles topics such as homophobia, peer pressure, drugs, and open relationships in addition to the more-than-friends syndrome. It’s a cheerful drama about two buddies who gradually realize they’re worth more. Never kiss your best friend gives you something different to watch. It’ll be well worth your time.

Poison 2 is a ZEE5 Original series. In both seasons, the plot revolves around the central theme of “revenge.” This crime thriller follows the same pattern. The story and characters are unique, which is a good thing because it gives us something new to see. Aftab Shivdasani and Raai Laxmi starring in the series, which also has prominent actors like Zain Imam, Vin Rana, Pooja Chopra, and Asmita Sood. Vishal Pandya’s method of presenting a crime thriller is highly mirrored in the storyline, and this series similarly follows a sequence of deception, revenge, and redemption, but with a twist, as seen in Hate Story 2, Hate Story 3, and Wajah Tum Ho.  Watch to find out. Definitely worth your time.

The Dark 7 White series is based on Shweta Brijupria’s book “Dark White.” Yudhveer Singh is set to become the country’s youngest chief minister. When he is assassinated just before his oath-taking ceremony, the investigation goes to his college classmates and the horrific secret they’ve been keeping hidden. Prepare to solve the mystery surrounding the assassination of Yudhveer Singh Rathore, a young politician. Sumeet Vyas, Nidhi Singh, and Jatin Sharma feature in the political thriller series Dark & White, directed by Sattwik Mohanty and Preya Hirji.

As in Scared Games, the main actor of the web series narrates the story after his death. You may easily consider this web series as time passes because it contains a large number of twists and turns. The climax is satisfying and unexpected. Overall, the show is fast-paced and fascinating due to the performances and content.

How to watch the Zee5 web series for free?

Zee5 is a subscription-based paid streaming service. However, with the airtel TV app or with a Jio plan above 700 you can claim Zee5 premium service.

Does ZEE5 have good shows?

Zee5 becomes more popular in less time because of its good content. For example Sunflower, Dail 100, Kaali, Rangbaaz, and many more. You should give it a try.

Does Zee5 have a free trial?

You may view all of the trending shows on ZEE5 for a 14-day free trial period before deciding whether or not to continue. Then take advantage of the ZEE5 subscription offer, which costs Rs. 99 per month. 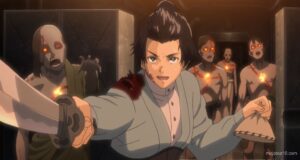 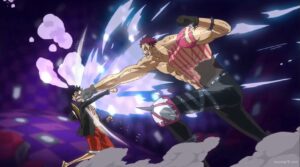