Action anime is defined by exciting martial arts fights and dynamic hand-to-hand combat. In anime history, some of the best fight scenes have been hand-to-hand combat, where two fighters exchange blows with no weapons or supernatural abilities. I’ve watched hundreds of action anime over the years, and I’ve compiled a list of the 10 best action anime with best hand to hand combat fights.

Watching anime can sometimes be a chore, but when the action hits, it’s unlike anything you’ve seen before. Action anime are known for their incredible action, and the best ones have a hand to hand combat fights that are unlike anything you’ve ever seen before. From the fluidity of the fights to the amount of detail that goes into them, these action anime fights will have you on the edge of your seat. We bring you the 10 best action anime with best hand to hand combat fights.

Hitori No Shita is one of those underrated gems that went under the radar despite having aired for quite a while. Well, it’s hard to stand out in an anime season and the nature of the source material didn’t really help matters. The best bet you can make in such an underdog position is to excel at something and Hitori No Shita did just that.

Where else for a show that heavily features hand-to-hand combat but the godly animation. I featured this show a couple of times on my top fight article due to how smooth and fluid these battles look. I think emotional investment for those fights isn’t as high for me. The actual motion and spectacle of people punching each other and doing martial arts feel like a miracle in itself, especially if you look at the latest season.

If you haven’t watched Hitori No Shita, you should try picking it up sometime soon. I feel it’s a fun action series that deserves quite a bit more love. It’s got four seasons currently, but it shouldn’t be too hard to catch up on.

The God of High School

We resume with webcomics superiority with the next entry, God of High School. It felt like yesterday when everyone was filled with hype. God of high school’s first episode dropped and it pretty much stole a thunder from a season filled with big sequels that included stuff like the original storyline of SAO and Re-Zero, but no everyone’s attention was on God of High School.

Well, if you watch the first episode and see how it dazzles you with the fighting, then you’d understand. I find it sad that the show got rushed, but it does very well when it comes down to one thing. God of High School has some of the best and most hyped fights I’ve seen in modern anime and it bodes well for the show that has an identity of being that Korean battle tournament anime.

God of High School has since earned a polarized reputation, but if you’re up for some awesome fight after an awesome fight, then you’ve definitely come to the right place.

Fog Hill of Five Elements is next on the list. We come back to yet another underappreciated gem largely due to the same reasons as Hitori No Shita. It’s shows like these that make me happy that I spent quite some time scouring through the whole roster of anime produced every season from various corners of Asia, and it makes me feel my efforts are worth it when I stumble upon these treasures.

Four killer five elements like Hitori No Shita makes up for lack of exposure and hype by putting its eggs in the basket of eye-catching fights. During the latter’s modern setting, Fog Hill takes us to the ancient era of kingdoms and mysticism.

This is a short three-episode title, so if you’ve got time over the weekend, you should definitely give it a shot. It’s not a huge time investment and if you like these kinds of settings with elements of martial arts and history, I guarantee you’ll end up loving this one.

Surely a call back to the good old days of Ashita no Joe and the like, Megalo Box combines the western feel with sci-fi, sport and a whole lot of drama and emotion. It evoked a sense of nostalgia for me and it could do so for you too.

The fights might not be as flashy as something from any of the three mentioned shows on the list, but the emotion and the impact are things that few anime can replicate. So, make sure you check out Megalo Box.

Nothing beats the OG, the original the king of combat sports anime. Hajime No Ippo has been met with critical acclaim thanks to its immersive story progression, lovable characters, and mostly the fights that go beyond expectations. Hajime no Ippo is one of the most honest sports anime out there and despite lacking much of the flair and superpowers that sports anime often employs, it’s carved a legacy for itself in the history of anime.

It’s no surprise that the show will have lots of intense fights that really make you feel the blood, sweat and tears that these athletes go through in their race to eternal glory. Most Takamura fights should be a good starting point for battle enthusiasts, but Ippo himself has a lot of those amazing battles as well.

What I like about Hajime No Ippo is that it’s not entirely about sport, the characters, the world, and such all have their fair share of development, and I’d say that among sports anime this show is probably the most complete among them all.

Real Drive is up next and this one’s a banger. This is a show that hasn’t been talked about that much. Real Drive takes a lot of inspiration from the cyberpunk series of all that has quite the psychosocial or metaphysical backdrop. Think something like Ghost in The Shell or even Serial Experiments Lane if we’re to stretch out even further. While Real Drive didn’t get away from the popularity that those mentioned titles enjoyed.

It does have one very special thing going for it, awesome hand-to-hand combat fights. You should check those out if you want to find a reason to pick up this show.

Combat enthusiasts would surely enjoy the show and I hope that whichever type of watcher you are, you’ll definitely give this niche series a shot. It takes a while to rev up and all, but I had a blast watching it from start to finish.

How can we have a list featuring hand-to-hand combat anime without Baki? Of course, Baki takes a spot on this list. Honestly, Baki doesn’t have the most original premise out there. A young man goes on a journey to become the strongest person in the world. However, the show makes up for an execution thanks to its wild cast of characters that are full of crazy out of this world surprises.

Baki’s become quite the cult classic. It’s a show that I admire for being on point with its goal as well. No slice of life shenanigans here or none of the comedic moments you’ve likely come to expect if you’re an avid fan of modern anime.

Just straight up brutal and intense fighting all throughout. It’s not like God of High School, where the plot’s pacing has been completely sacrificed in favor of the flashy fights. Baki has a pretty damn solid progression with characters that are pretty fleshed out.

This makes you want to follow everyone’s journey and dig deep into their motivations. Baki’s become my poster child for the saying with the proper execution, there’s nothing too wild or crazy to work, and I guess that statement stands given the audience reception for the show and its modern sequels.

I intentionally placed Baki and Kengan Ashura next to each other because, honestly speaking, the two have a lot of similarities. Both are fighting anime with journey arcs, both have the same vibes in terms of fights, and both are as brutal and intense as each other. Heck, I wouldn’t be surprised if Kengan Ashura ended up being inspired by Baki. People have criticized Kengan Ashura for the CG, but I don’t think it detracts too much.

It’s not Berserk tear or, god forbid Arifureta tear, and I think that despite the CG, the anime still manages to capture the real important things for a fighting anime. The emotional impact of the actual fights and the characters who all come in fighting for something.

He had a somewhat slow start but picked up pretty quickly, and while the plot seems straightforward, I thoroughly enjoyed it. It’s available on Netflix if you’re up for some viciously passionate fights.

I want to end this list with something most of you are familiar with and I think the best mainstream anime for it would be Naruto. Naruto is one of the shows that spawned an entire generation of fans. I know, hand-to-hand combat’s not the first thing you think of when we say Naruto.

However, in that batch of mainstream Shounen that took over in the 2000s is the one that emphasized combat specifically had to hand combat the most. Well, you just got to look at how awesome Rock Lee’s major fights were.

Despite largely being comic relief, he and Guy have some of the most memorable fights that made our childhood and, of course, who could forget that Kakashi vs. Obito fight. Naruto is a show featuring ninjas that barely act like actual ninjas and come equipped with demon beasts. Magical eyes and the like but all that craziness doesn’t overshadow those epic moments of physical hand-to-hand combat. I can still record how awesome it was when Guy, out of all people, gave Madara a run for his money.

Naruto’s had a long run and it’s a journey that I don’t regret taking. It’s a long run, but if you’re up for a long-running shounen with a lot of awesome hand-to-hand fights while having so many people to talk to about it, then Naruto is a personal favorite and my top recommendation.

If you want to know then you can also visit here.

Do you agree with our list of the 10 anime with best hand to hand combat fights? Tell us your favorite action anime in the comment below. 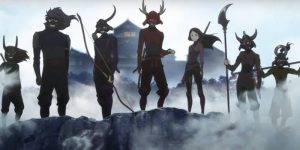 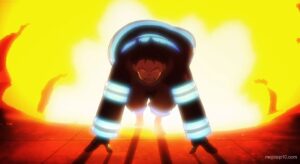 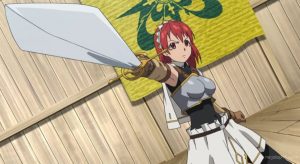