If you’re bored with modern technology, it’s always possible to know what science can accomplish. While studying it, why not see some cool main characters kick ass while using theories that your physics teacher forgot to tell you about. Today we’re going to be telling you about 10 science fiction anime with an overpowered protagonist.

Have you always been a fan of the sci-fi genre but never knew where to start? Look no more! The following list contains Top10 best sci-fi anime with an overpowered protagonist. These are some of the most popular anime all around, so if you’re looking for something new to watch, any one of these titles will be sure to please!

We’ve all seen that humanity against giant monster story a million times, but world trigger pulls out a twist by making our main character a monster. This time our friendly neighborhood monsters are called the Neighbors. When human weapons are proved worthless against these creatures, it’s up to an organization called the border to prevent the invasion of these monsters. Here we have Yuma Kuga, who transfers to the school several years after the attack and possesses incredible power.

Osama Mikumo is a girl working as a border trainee, and she soon learns that Yuma is a Neighbor in disguise. World trigger may start with a generic premise, but the plot twists in the story and that overpowered main character can keep you hooked throughout the series.

Want some weird Sci-fi adventure. I know weird isn’t it really weird enough if you’ve seen a lot of anime, but FLCL or Fooly Cooly knows how to put that bizarre anime style to a whole new level. The adventures are bizarre.

The power systems go out of the established logic so often and don’t get me started on the action scenes. Then why should you be watching it? Its bizarre nature and directing style alone can make it a unique anime.

Sure, it’s not for everyone out there, but if you get the hang of its style and learn to love the anime’s sheer absurdity, then this will be an amazingly wild ride. Don’t be surprised when giant robots spring out of the main character’s forehead.

It’s anime, so you should be expecting a sci-fi anime with high school tropes on this list. Here we follow Sousuke Sagara. A teenage boy working with the mithril organization is now tasked with protecting a young girl named Kaname Chidori.

The energetic teenager seems to have a mystery enveloping her that makes her the target of many organizations. It’s up to Sousuke and his friends to protect the girl and learn more about her mysterious past. Sousuke may seem like your average high school boy, but in truth, he has received rigorous training under the military for any emergency and is an experienced Mecha pilot.

He soon begins to surprise others with his tactics and fighting. The next thing you know, the most silent boy in your class is the deadliest assassin.

What’s it like to have that perfect action-packed Mecha-driven character story? I know you’ll be pointing out a lot of anime that can fit into the genre, but 86 stands at the very top because of its writing. The characters weren’t cardboard, and the world-building was done excitingly.

In addition, the female characters here don’t fall into the usual damsel in distress trope, which also helped to propel the popularity of this anime. The second season of 86 is releasing in the fall, even though many are surprised to get two seasons in one year. I can tell that the anime producers don’t want to let go of the first season’s hype.

Want some action with androids? You sure get it with this one. If you’re tired of regular Sci-fi protagonists who need to go through that learning curve while learning about the new technology, then dive into this anime because this show knows how to kickstart tension from the start.

Also, make sure you’re thrown into those sci-fi world rides with so many plot twists, new characters, and gorgeous action scenes. The main character is not one of those chosen ones, and along with that, Vivy also shatters many commonly established tropes of this genre. Makes sure the new twist of the story can keep the VR hooked from the beginning to the end.

Let’s move into the Esper of academy city. When speaking of Esper, there’s a particular character we cannot miss. The only Accelerator. Misa Mikoto deserves her spotlight, but we can accept without a doubt that

Accelerator is the most powerful expert in the magical index universe. He is named after his ability which allows him to modify the vector values of anything he touches. His ability is nicknamed one-way road because of how he redirects any vectors that come towards him.

For example, he can reflect or turn bullets that strike him or completely change the pressure waves of an explosion. This guy knows how to throw a tantrum whenever things don’t go his way. So, if you need a less angry version of Bakugo with scientific powers, then this show is for you.

All right, I know the live action of this one might have left a bad taste in your mouth but do not forget the original ghost in the shell how it was much deeper and more philosophical than the failed Hollywood product. The events are shown through the eyes of major Motoko Kusanagi.

An artificial cyborg is working for the government. Yes, this anime has Cyborgs, Artificial intelligence, secret military organizations, powerful weaponry, and the whole badass sci-fi package. This is also one of those shows that have received plenty of sequels. Although some are good and some are awful. The original series remains a masterpiece.

Psycho Pass was written by the famous author again, Urobuchi. You might recognize him as the author of Fate Zero. Still, Psycho Pass is entirely different from his previous works and manages to give the audience a view of a dystopian world filled with technology and interesting characters with their ideals and mysteries.

In Psycho Pass, every citizen is measured by the civil system and given a crime coefficient. If the latter is high, then that person is considered a criminal and then immediately executed. We follow the adventures of two detectives known as Shinya Kogami and Akane Tsunemori. They try to unravel the mystery of an unknown figure who manages to evade the system and still manages to commit crimes.

Great story more philosophy a morally grey hero and villain then Psycho Pass is the show for you.

All of Japan is uniting together to bring Star Wars to life in anime form. What more could you ask for? Star Wars visions is a set of short movies that expands on the stories of a galaxy far-far away and introduces us to some new faces. I know Star Wars in anime form is something to think twice about, but one look at the trailer was enough to convince me to give this one a go.

The animation is smooth and brilliant, and since Japan’s best directors are coming on board for this project, you know that it’s going to be a masterpiece. Disney might own the western Star Wars, and they might have done an excellent job with it until now, but get on board the hype train of Star Wars visions and see how Japanese producers do it differently.

Not every sci-fi show can balance everything right, but cowboy bebop is an exception to that rule. Do you need to know why cowboy bebop fans love the show from the first episode to the final bank? You need to watch the anime to find out.

This one is about the adventures of Mello. A carefree Spiked Spiegel. Two bounty hunters are traversing space, searching for contracts. The anime may start simple without an overall ambition, but soon the characters’ backstories come into play, and that’s when things start to get serious.

You’ll soon know that these people hype more than what they show, and when their past chases after them, they should choose whether to fight it or flee from it. The live-action Netflix series is coming soon, and this is the best time to start binge-watching this show.

What is sci-fi anime?

The definition of Sci-fi anime is a type of animation that’s set in the future or in a world with advanced technology. It usually reflects on some aspect of life and explores the consequences of advancements in science and technology.

Do you agree with our list of the Top 10 Sci-Fi Anime? Tell us who is your favorite Sci-Fi Anime in the comment below. 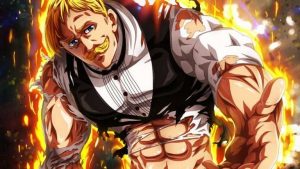 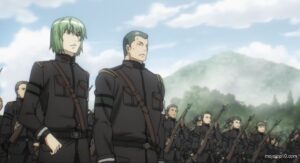