For nearly a decade MX Player has been releasing new tv shows which they called MX Player originals. With some being better than others. We will count down the top 10 original MX Player web series that you can watch right now. These will be based on the rating given by critics and viewers.

As we all know MX Player never uses the word original loosely. So we will bring you web series created specifically for the service that was not broadcast elsewhere.

Also, the series must be current with new episodes released or be an active development with a new season forthcoming.

OTT platform is booming right now like Ullu web series, Zee5, ALT Balaji & many more. MX Player offers many good web series to watch. Some of them are good and some being better than others. So we will count down the best top 10 MX player web series to binge-watch right now. This top 10 list is based upon viewers’ and critic’s reviews.

Queen is a historical fiction influenced by several pivotal moments in the history of Indian cinema and politics. It tells the journey of a young girl named Shakthi Seshadri. Shakthi, who was raised as an obedient girl who was taught from the beginning to sacrifice her desires and wishes for the sake of others, turns her life around with sheer resolve when she decides to play by her own rules. You can only watch all episodes of the Queen web series on MX Player to learn how a woman can overcome any obstacle when pushed to her limits.

MX Player’s latest series, “Aashram,” will open your eyes to the harsh realities of today’s society and the blind confidence some people have in so-called gurus. Prakash Jha directed the series. Bobby Deol plays Baba Nirala, a Guru who is recognized for his ability to perform magic, has the solution to all of mankind’s problems, and is aware of every missing woman in the neighborhood. From crime to politics, this experienced Baba quickly rises to the position of Godly man. Definitely worth watching. Only on MX Player can you watch all of the episodes of the thriller web series Ashram.

Hello Mini is a thriller and romance web series about a stalker who is both a blessing and a burden. Fark Kabir directed the series. Rivanah, a 22-year-old girl from Kolkata who has relocated to Mumbai in pursuit of a new life, is the protagonist of the story. A new job, a new home, being alone in a new city, and an unexpected visitor. Life is going well for her, and she is loving her solo trip to Mumbai, the city of dreams, where she is discovering the route to her goals. However, someone is following her, making her life both simple and dangerous. On MX Player, you can watch the latest web series Hello Mini.

Raktanchal, directed by Ritam Srivastav, is a new web series that shows the pinnacle of crime in Purvanchal in the 1980s. When a young Vijay Singh takes on Waseem Khan, a tender and crime lord, the city devolves into chaos. The series is sure to give you with perfect atmosphere, as it is driven by rampant carnage, violence, and personal vendettas. If you enjoy watching action-packed crime dramas, Raktanchal, based on true events, is not to be missed. On MX Player, you can watch the new web series Raktanchal.

Drugs, violence, and sex MX Player’s new online show are called HIGH. Nikhil Rao directed the series. Since the day it was made available on the streets, everyone has been addicted to the “Magic” drug. The drug’s creators, users, doctors, the pharmaceutical corporation involved in it, a news reporter, a local mobster, a detective, and a drug addict all revolve around it. Who will reach the end of their success path with so much black money streaming in, so many people addicted to it, and so many people seeking the truth? Today, catch all of the episodes of the latest MX Originals web series High on MX Player, and get high on the thrill for yourself!

With a plot about a boring marriage being disrupted by a cuddly stranger. A roller coaster of love, joy, and emotions is cheesecake. In this episode, Neel and Samira’s marriage takes a new turn when they welcome a mischievous little companion into their life. This unexpected turn of events will undoubtedly give the missing spice to their marriage. Watch Cheesecake online how a dog becomes the protagonist in rekindling a once-happy marriage. They say all you need is one loyal buddy to get through life’s difficulties, and the friend here is Cheesecake, a small, funny Golden Retriever. Is it possible for a lost dog to resurrect a shattered marriage? Watch now to find out.

What happens when an internet celebrity with a sizable online following encounters problems in his actual life? Tarun Prabhu’s life is the center of the online series Hey Prabhu. Tarun is driven to have his company, Croissant, reach greater heights in the digital world, which is where all the action takes place, with a large social media presence.

However, just as he begins to feel at ease with his surroundings, things begin to go wrong. Tarun is facing serious obstacles in all areas of his life, from career to family to personal matters. The plot of Hey Prabhu 2 revolves around a 26-year-old millennial navigating through life’s challenges. You can have a nice laugh if you want to. Tuning in to Hey Prabhu will provide you with a good laugh and the ideal amount of spare time. On MX Player, you can watch Hey Prabhu online.

Thinkistan, directed by N Padmakumar, is an MX Player drama-comedy web series set in 1990s Mumbai. The show is about the MTMC advertising agency, which goes through several tensions such as North vs. South, Hindi vs. English, and so on. The show follows the journeys of two copywriters, Hema and Amit, through the series. Amit is from Madhya Pradesh, which presents him with unique obstacles. While Hema is from the city, making the transition easier for him. Watch all of Thinkistan’s episodes to follow along on their adventures.

Bhaukaal tells the story of SSP Naveen Sikhera, who cleans up a criminal-infested Muzaffarnagar. The city is in complete disarray and lawlessness. When Naveen Sikhera arrives in Muzzafarnagar as the new SSP, he is met with absolute despair among residents who live in fear of local gangs. He improves the police force and foils any attempt by criminals to seize control of the city. His heroism is to transform Muzzafarnagar from a “criminal capital” to a “peace capital.”

Inspector Virkar is called in after young college students are brutally murdered. Virkar discovers during his inquiry that there is a vast network of hackers and anonymous blackmailers working on the internet, with social media sites serving as their hunting grounds. Virkar attempts to solve the case of the heinous murders with the help of an ethical hacker, a student counselor, and his team. Who was responsible for the murders, and what was their motivation? Now available on Mx Player.

No need to download the MX Player web series because you can watch it free with no subscription cost from its mobile application or from its official website. If you want to download anyway you can use a third-party download application.

To watch the MX Player web series there is no subscription because it’s free to watch. 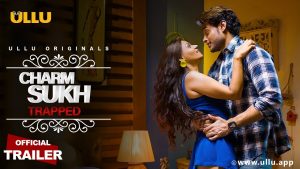