Nowadays web series are more popular than movies because of their storyline and character development. Therefore, more popularity means more OTT platforms. Many platforms offer web series with adultery and foul languages like Alt Balaji, zee5, or MX Player web series. One of them is ULLU TV, which has not to have the budget like Netflix or amazon prime but offers an amazing web series that you can enjoy. Most of them lie in the erotic and adult genre. So, if you are alone and 18+ & need something to enjoy in isolation then I bring you the top 10 best Ullu web series to watch.

Most awaited Ullu web series. On number 6 we have Charam Sukh. This web series is in two-part. Charam Sukh talks about the woman’s desire. Desires that we generally hesitate to talk in society. Preeti was reluctantly persuaded by her family to marry the millionaire, Shekhar. Preeti was crazy about her elegant personality and accepted a romantic evening before marriage. Pretti’s dream night was ignited by the heat of their bodies, but a surprise shocked her and moved her for life. Watch the amazing story of a night full of dreams and screams.

What would you do if you aren’t allowed to see your love for one month before marriage? This Ullu web series is based on the same story. The two young minds end their relationship before marriage, as some consciousness remains in their relationship. They haven’t been allowed to see each other for almost a month, and these restrictions destroy their marriage as an unfaithful daughter. What happens when the groom sins against his lover in “RITIRIWAJ”? I would definitely recommend this series to watch.

Most controversial Ullu web series. Halala web series talk about social issues like Triple Talaq. Afza and Rahir are married happily. But destiny had a different plan because their beautiful relationship was facing turmoil, and the angry Rashir gave Afza a triple talaq. Zaid is the only hope to save Afza and Rahil’s broken marriage because the only option left for the couple is Halala Nikaah. Check out Halala’s most controversial topics beautifully presented by the Ullu app.

Ullu TV is a subscription-based paid video streaming service. The monthly cost is less than a 1$. You can use a third-party method but you should support them so they can continue with their work and bring you an amazing series to watch.

Ullu TV provides a download service to watch series offline from android or IOS but to avail of this feature, you must be a subscription member.

Where to watch Ullu web series?

Ullu TV provides multiplatform support. You can watch directly from their website or you can download their application which support both android and IOS platform. 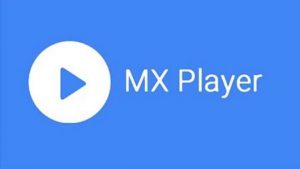