As the year comes to an end, anticipation for the upcoming anime lineup of 2022 is heating up. There are a lot of upcoming anime that will be releasing in 2022, with many different genres and topics being covered. With so many exciting titles already announced, it can be really difficult to pick just 10. So, in this article, we’ll be counting down the Top 10 most anticipated upcoming anime of 2022!

The Devil is a Part-Timer! Season 2

There are so many anime out there to binge on, but which ones have you been anticipating the most? In this list, we’ll be going over 10 of the most anticipated upcoming anime of 2022!

I know, what you’re thinking? Another sports anime. Yes, it comes with friendship lessons, superpowers, and a not-so-surprising number of boys’ friendships. Still, one look at the poster should break those illusions of yours. This isn’t your everyday Shonen, but it’s a prospective blockbuster that combines sports and psychological genres.

Yes, there will be football playing but just not in the traditional sense. After all, the prison-like facility in Blue Lock aims to find Japan’s national team striker. When the biggest egos all over Japan are pitched against each other, only the strongest will survive. Blue Lock calls as a spawned anime, and it delivers more into the egotistical side of the sport.

Like it or not, many people are selfish, and this is a title that aims to display the ugly side of humanity in their desire to achieve a goal.

We’ve come so far from the upstart superhero title that looked to make waves way back in 2016. Combining an inspiring story, very creative powers, and a large cast of memorable characters. My Hero Academia has exceeded everyone’s expectations in pretty much every metric possible. So it’s not a surprise that this has become the face of Shonen anime in the late 2010s, and it doesn’t look to be letting up anytime soon.

Things started to heat up further in the last season with a beloved league of villain’s arcs. But don’t blink because we’re going to have an all-out war on our hands in the sixth season. It’s time for the showdown of the century as we’re set to see all heroes taking on all villains in a battle that will decide the fate of Japan.

A lot of people are excited, and rightfully so. This is one of the biggest and most hyped arcs in the manga so far. So you better bring your tissues because things are going to get real very soon.

No official dates have been announced at the time of writing, but all signs point to a 2022 summer.

It is one of the best modern rom-com anime, but its longevity partially surprised me. With its popularity, it would be strange to have it end quickly. Fans can rejoice as we see more of our favorite super-geniuses who are hopelessly lost in their battle of love.

Who knew that a game of love with overblown antics in a bid to make someone confess could be so entertaining? Kaguya-sama’s main selling point is no doubt its premise and the creativity of the jokes and scenarios. Thanks to the energetic atmosphere, animation, and directing, there’s never a dull moment in Kaguya-sama. What also differentiates it from other rom-com is how strong the supporting cast is.

The third season’s coming on April 2022.

We all have been waiting for this one. I can’t believe it’s been over two years since the last season, but Mob Psycho is coming back. A visual masterpiece while wrapping it around a very intriguing story with a lot of depth.

Mob psycho’s returning for possibly the grand finale, and anime fans can already feel the hype. If the previous seasons were any indication, this one will yet again be another site to see. While no announcements on the air day have been shown yet, I fully expect this to air sometime in 2022, and it’ll undoubtedly steal the spotlight.

The Devil is a Part-Timer! Season 2

It’s a fun adventure that captures what people love about these enemies into lover stories along with a slew of charismatic and charming characters. If you haven’t seen the first season, you should do it now. You should expect this title to come out within a year.

Everyone’s favorite Shield Hero is back. Naofumi and the gang are back at it again in their quest to save the world as the ragtag team of underdogs. Their quest now takes them into direct conflict with the rampaging spirit tortoise and the mastermind behind the rampaging beast.

Unfortunately, the trailer hasn’t shown us much but if they’re sticking with the novel continuity, let me tell you that this upcoming arc is a blast. We’ll see a lot of action and aid come in the form of the strongest unlikely allies we’ve seen so far.

They sure do like to keep us waiting for this one because of delay after delay, but it looks like we’ll finally be getting it in spring 2022. Let’s hope the adaptation will be as good as the first season.

Just a month ago, I wrote an article about the best action anime of every year, and I penned Vinland Saga as my best show in 2019. I still stand by that, and I think that a sizeable portion of you agreed. That’s why it’s my pleasure to have you join the hype train for the next season of Vinland Saga.

We’ve yet to see an official announcement for the release date for the sequel. In its first season, Vinland Saga has been a breath of fresh air in the world of anime with its gritty atmosphere. Anime is surprisingly realistic with an educational backdrop and some of the best character writing.

Vinland Saga season 2 will have a huge shift in tone. In exchange for the fighting, things should turn more grounded and focused on character development while we set up for one of the best manga arcs by far.

There’s no official announcement on who will be animating this time round, but I’ll be keeping my fingers crossed.

Oh man, look at the above poster and say that it doesn’t catch your attention. It’s not every day you see a dark action story from Shonen jump of all things one that blows up like this one. Non-stop action, brutal fights, a very intense story, and profound themes chainsaw man.

I’ve read the manga, and I can say that it’s truly an exhilarating ride that refuses to let go. Whether that will translate well into anime or not is anyone’s guess. Still, I’ve got complete confidence that this show will be a strong contender for anime of the season whenever it decides to debut.

I’m entirely on board with the hype for chainsaw man, and you should be too.

For longtime anime fans are waiting for this. Not too long ago, we confirmed that the final arc of the thrilling series would be getting adapted. Bleach has been a cornerstone of the 2000s anime, and the fans have been salivating to see this final act in anime form. Stronger enemies than before, higher stakes than before, and more intense battles with mind-blowing Bankai reveal. That’s what you expect from the Thousand-Year Blood War Arc.

Unfortunately, we don’t have a release date for this one as yet. Still, I’m personally predicting a 2022 release, probably somewhere in the middle of the year. Let’s hope that bleach doesn’t fall into that same curse as its 2000 supernatural Shonen brother.

Is it even a surprise to see the Attack on Titan‘s grand finale on top of this list? The anime shaped much of the landscape in the past decade and brought in a large wave of fans. It still feels surreal talking about this. After nearly a decade, we are finally concluding the journey that gave us a whole range of emotions, from the terrors of the early season to the joy of triumph and the glory of salvation.

It’s about time for the Attack on Titan to close the book on what’s been a legendary run with its grand finale. Honestly, the ending itself has been pretty contentious if we’re going to take a look at manga readers’ reactions. Still, I think that it’s the journey that counts. I feel sad to say goodbye to a masterpiece of a series.

However, I am holding on to hope that the anime team will cap everything off in a finale that we won’t ever forget. Attack on Titan has left a mark in the anime industry for the past decade, and the world can’t wait to see how it will finish this final season.

What is the best upcoming anime 2022?

Here are the top 5 most anticipated or long-awaited upcoming anime of 2022. The first includes Attack on Titan Final Season Part 2. Then, we have Bleach: Thousand-Year Blood War Arc in the second position, and on the third on the list is Chainsaw Man, at fourth place We are able to watch Shield Hero Season 2, and last but certainly not the least we have Vinland Saga Season 2. These five anime are the most popular upcoming anime of 2022. 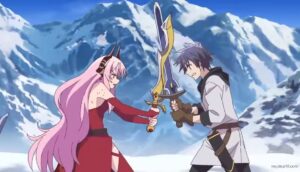 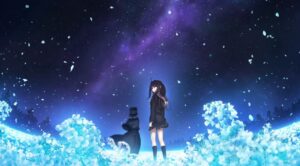 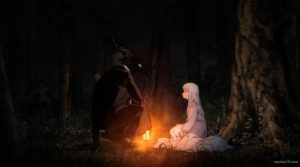