For an anime lover, it would be easy to name many anime series with male lead characters. While a large number of anime still focus on male protagonists, the number of series that focus on women has been growing rapidly. This is a list of the 10 best anime with female lead characters. These 10 animes are great examples of series focusing on strong, powerful, and independent women.

Here are our picks for the 10 best anime with female lead characters.

The story begins with Maria, a Japanese photographer who lives and works in China with a man named Minoru. It’s a tough world out there; both of them had to come up with more interesting stories to share on a regular basis or else they’d be in the red.

However, it is not long before something interesting occurs. While investigating what happened at a local festival, the duo becomes involved in a fight between a crazy white-haired girl named Canaan and a few masked men.

Fortunately, Canaan helps them in escaping before things become more complicated, but this is only the beginning of what is to come. Canaan is the badass girl we’re talking about, as you might have guessed. Her village was destroyed by war, and she was the sole survivor.

Will this encounter with Maria finally bring about some change in her miserable life? Her heart burns with the desire for vengeance, and it only grows stronger. One of the best anime with strong female lead characters.

10 Best Slice Of Life Anime of All Time

Gunslinger Girl is a well-known anime from the early 2000s that was made by Madhouse. In the center of Italy, a group by the name of the Social Welfare Agency effectively provides young disadvantaged girls a second chance at life. It is not that Noble, though.

The females are given unnaturally improved bodies through the use of cybernetics, and they are brainwashed into being assassins who frequently get their hands filthy for the benefit of the government.

Even though they are merciless while completing their job, they are still young girls at heart, and they have a lot of emotions to manage. Since Gunslinger Girl has multiple female leads, I would say there will be lots of badasses as well.

Of course, this list would be incomplete without a solid isekai anime. The plot revolves around a young girl named Kaede, who is deceived by his friend to playing a popular virtual reality game called New World Online. She gives her avatar the name Maple and begins her journey.

However, due to her lack of experience with such games and the element of caution, she invests all of her stats in defense-oriented skills, making her nearly impossible to defeat. Her defense abilities combine to create even more defense abilities.

It’s a downward spiral, and before she knows it, she’s become the physical embodiment of resistance. If you want to see an overpowered female lead character in an isekai world then this is the one for you.

Vivy is a Wit Studio production and one of 2021’s best action anime. It tells the story of Vivy with an emotionally rich tune and an extremely visual appeal.

She is the world’s first autonomous humanoid AI, and her sole mission is to make everyone happy with her music. It is critical that she does it because if she does not, artificial intelligence will destroy humanity.

That is not a prediction, but an absolute fact that occurred before a scientist named Matsumoto was able to travel back in time and correct things.

Akatsuki no Yona is an exceptional adventure fantasy that stands out due to the plot’s flawless execution. The anime is fantastic, and the manga is among the most highly rated on anime databases. The plot revolves around a princess named Yona.

She is beautiful, blessed, and childlike, and her only major concerns are whether she will be able to marry her childhood friend and, of course, the unusual color of her hair.

Things don’t go as planned, and her father rejects their marriage for various reasons, but this is only the beginning of what will soon shake the very foundation of Yona’s existence. I won’t give anything away, but this anime contains a badass female character and one of the most well-executed anime betrayals of all time.

Claymore is an anime adaptation of a fantastic manga series. The story becomes dark, and you wonder if it’s even a shounen. It is set in a medieval time when shape-shifting creatures known as Youma roam the streets in search of human blood.

They also take on human appearances and destroy societies from within, and their most formidable opponents are strong and ruthless women known as Claymore.

They are made up of half human and half Youma. People are generally afraid of them, so killing Youma is their only major career option. This is the story of Clare, a claymore, and Raki, an ordinary boy who willingly joins her on her journey.

I’m sure most of you anticipated this anime. Kill la Kill personifies the concept of badass female protagonists. She is likable, intelligent, beautiful, and a badass.

Unexpectedly, she shows up at a small school where the president has less authority than the student council, and the plot hasn’t even reached its most interesting point. Watch it guys. You’ll have a great time.

Spy X Family has completely shaken up the anime Community. Despite only a few episodes in, the anime is already competing with other highest-rated animes for a spot in MyAnimeList’s top three highest-rated enemies.

Hype is a factor, but you can’t ignore the impact this anime has had on the whole anime community. Yor Forger, one of the three main characters, is a badass innocent lady who doubles as a dunce mother and a ruthless assassin. She’ll take your life in style.

If you haven’t watched this one then this is the right time because the second season has just started airing right now.

The sixth installment in the legendary JoJo franchise is Stone Ocean. The anime adaptation of this part is currently in progress, but instead of being released weekly, the episodes are released in a batch of 12.

Only the first batch has been released thus far, but excitement for the upcoming episode is at an all-time high. You should also keep up with it before it returns. Unlike the previous JoJo installments, Part 6 features a female JoJo, Jotaro’s daughter Jolyne.

She messed up and ended up in the infamous Dolphin Street jail. It doesn’t take long for her father to appear and explain that her imprisonment was a ruse to get her out, given that she is a descendant of the Joestar bloodline.

The action is heating up, and the next batch of episodes will be released later this year. Let’s see how Jolyne’s Strange Adventure in this prison turns out.

This anime best represents the element of a badass female main character than Kill la Kill or any other anime on this list. Revy is an incredibly complex and genuinely intriguing badass protagonist.

She has many complex traits and doesn’t fit into any particular stereotype. She is also not morally correct, as there have been numerous instances of her murdering innocent people for her own benefit. She is a Black Lagoon combatant who is nearly impossible to defeat. She is as lethal as a woman with a gun gets.

One of the best action anime of all time with a female lead character. Do yourself a favor and watch this one right now.

Do you agree with our list of the 10 best anime with female lead characters? Tell us your favorite Female MC in the comment below. 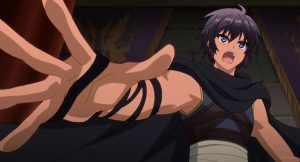 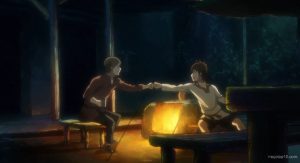 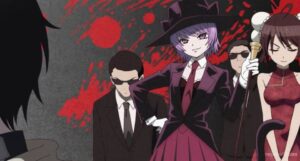