There isn’t a nation on earth that doesn’t have an anime fandom, and one of the most prominent forms of fandom is the dubbing of anime. The phenomenon has become so common that it’s now easier to find an anime with a dubbed version than an original. The dubbed version of your favorite anime is a great way to expand your anime fandom.

One of the most common questions that anime fans want to know is which are the best Hindi dubbed anime, so we’ve decided to compile a list of the very best Hindi dubs available.

The protagonist named Sho has a strong fascination for mountain terrain biking. He spends plenty of time practicing with his mechanic friend Kakeru and a female rider named Makoto. They practice at the practice field called X-Zone.

However, one day another mountain terrain biking team challenged him, and not only that, his favorite biking place the X-Zone was at stake. Time passes and the day of the race comes but as fate would have it, during the race, a black smoke swirled around them and they were taken to another world.

Now together with his friends show has to take on a stupendous amount of mountain terrain biking challenges and compete in all sorts of fields. Unless he keeps winning, he can forget about going back to his world.

This one is a shounen from the early 2000s. The protagonist named Takamine is not such a cheerful guy who has basically stopped caring about the world anymore but then circumstances happen and he is given a cute little demon named Gash Bell to take care of.

Takamine goes along with it but he doesn’t know that the demon is involved in a battle to see who the ruler of the demon world is. They duke it out by choosing a master on planet earth and then going up against the other demons. It’s like a battle royale.

As you can expect, Takamine finds a spark in his life. He becomes the master Gash needs to succeed and become the number one ruler.

Here we have a protagonist named Ryoutsu. He is a rather underpaid policeman who is always coming up with new ridiculous schemes to somehow make more money. Be it capitalizing on fed, inventing a new gadget, or turning to his friends for help, all of the schemes eventually end in failure.

Well, this is a gag series adapted from a manga which has the reputation of being the longest-running shounen jump manga of all time. If you want something light to lighten up your mood, this is it.

Osomatsu-Kun is a classic comedy series from the late 80s. It follows the daily hilarious adventure of six brothers who look talk and dress the same. They are sextuplets.

The boys are certainly passionate enough to make the best of each day. The series ended in 1989 with its 86th episode but then received a sequel in 2015 and these sequels keep coming. The latest one ended last year. If you want to experience the revolution of a franchise, then this is the anime for you.

In a somewhat wild elementary school, there is a student named Shouko Nishimiya. She is deaf. Then there’s a boy named Shouya Ishida who along with the rest of his class constantly tries to bully Shouko even though she never did them any wrong.

However, when her mother takes the matter and comes to their school this class singles out Shouya and blames him for all the bullying. Shoko ends up transferring while Shouya ends up next in the bullying lane.

He is bullied throughout elementary and middle school and now in his final year of high school Shouya deeply regrets his past actions. He seeks to meet Shouko apologizing and somehow make amends, that’ll be his salvation and hopefully things won’t go wrong yet again.

As an anime fan, you might have seen a studio Ghibli film. This one right here is also one of them and it’s amongst the best. The story follows a girl named Sophie. She is a passionless daughter of a hat maker.

She has no hopes of anything big happening in the future and for what it’s worth, she is content with working in her father’s shop. However, fate plays its hand. A sudden turn of events turns her into an old woman who now has to accompany a wizard named Howl in his moving castle.

Now, how will the story proceed? With a little bit of fantasy and adventure, this is a story about facing one’s fears and having the courage to push forth.

Your name is perhaps the most popular standalone anime film. The plot revolves around two youngins, Mitsuha and Taki. Mitsuha is a high school girl living in the countryside.

She continuously wonders what it would be like to leave this boring life behind and live in Tokyo, while Taki on the other hand is a high school student living in Tokyo. He has a few part-time jobs and a promising future.

One fateful day, their lives intertwine as if threads nodding together. Mitsuha wakes up in Tokyo in a young guy’s body while Taki wakes up in the body of a young girl. Now, how will their lives change because of this unexpected development?

As a franchise Pokemon has outgrown itself many times over. It is an ever-growing franchise that would never stop putting stuff out there.

Now, you don’t have to watch all of its anime installments, play all the games, and buy all the cards, but what you can do is experience the original Pokemon in its raw glory.

This series follows a young boy named Satoshi as he sets out on an unreal adventure to catch fantastic creatures called Pokemon and become a Pokemon master. The cool thing about it is that this adventure never ends.

Dragon ball is that one anime that almost everyone has heard of. It has reached the heights of popularity that most series can’t even fathom. The story follows a man named Goku who has an intense thirst for fighting stronger guys and a few other Z fighters.

They constantly face enemies, each new one being a lot stronger than the previous one, and continue to grow stronger themselves. In terms of hype and epicness, this series seals the deal.

It is the anime whose Hindi dub goes above and beyond in terms of quality. The hundreds of Hindis dubbed episodes, movies, and remakes are all out there for you to experience and enjoy.

As for the story, it follows a young boy named Nobita who is pretty much a loser. His great-grandson from the 22nd century sent a robot named Doraemon to use the futuristic technology and help the guy improve his life.

From there on out, it’s all either daily struggles or endless adventures. If anything, I’d say you are never too old for Doraemon.

Do you agree with our list of the 10 best Hindi dubbed anime? Tell us your favorite dubbed anime in the comment below. 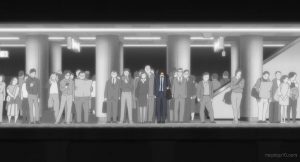 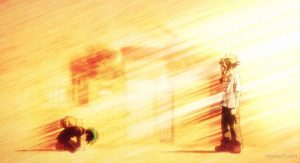