In this list, I will be showing you the top 10 best manhwa/manhua with overpowered MC that will surprise you. Each of these characters are unique in their own ways and possess unique strengths and abilities.

Here are the 10 best manhwa/manhua with OP MC

Manhwa and manhua are Korean and Chinese comic books. They are unique from Western comics and have grown in popularity in recent years. They often have over-the-top, overpowered main characters. Sometimes these characters are so strong that they are practically infallible. These genres are filled with overpowered characters that give the readers the thrill of being the strongest person on the planet. We bring you the 10 best manhwa/manhua with OP MC that will surprise you.

This is the tale of Yang Rui’s adventures, a normal teacher who gets isekai into a foreign world gaining the title of Lang Huan Library Dean, which is one of the three heavenly palaces in that world and all the books and knowledge about cultivation in it are now under his disposal.

His journey starts off as a mission to gather disciples under his wing to unlock the secret techniques of said library for his own use and for his students. However, later on in the story, an evil nation rises to control everything else and destroy the balance between cultivators and mortals. Yang Rui and his chosen disciples have to rise up to the challenge and protect their world.

This manhwa is decent when it comes to story elements as well as artwise with the occasional funny scenes or panty shots for the fan service. The manhwa itself is still ongoing and with every chapter, it keeps gaining momentum and potential.

If you like powerful main characters with broken abilities and cool looks, then this manhwa is definitely the one for you.

Welcome to the isekai express and say hello to the newest victim. Having a shitty work and love life the nameless hero is killed and sent to a new world into the body of the prominent and brimming with potential cultivator Lin Fei. You can already figure out from the title that he isn’t an easy person to fight or go up against. You can’t be a supreme martial deity if you’re weak now. Can you?

After his revival in Lin Fei’s body, progressing through realms and cultivating skills became much easier for him. Even fighting with others higher than his level with ease. This manhwa was a project that was dropped two years ago but now it’s back in the making with 16 chapters under its belt.

The plot may appear a little shaky at first, but it manages to draw readers in and immerse them in Lin Fei’s world as they watch him improve with each victory and fulfil his potential.

08. The Lord Of No Boundary

In contrast to usual isekai plots of a new hero climbing up the ranks building his harem and learning fighting skills. This manhwa starts after the main character achieves all he wants with his own castle and casts sexy ladies swarming around him. He’s an immortal that has been living for over three thousand years.

With all this time under his belt, it comes to reason how powerful and broken he might seem with his powers of space manipulation, said to be one of the seven strongest immortal powers. The plot directly drags us into a war we didn’t ask for between two sects we know too little about. The manhwa seems interesting and is ongoing with 116 chapters so far.

It’s a good way to spend some of your free time on your hand and it has a lot of beautiful busty girls as a bonus.

There is nothing better to draw everyone’s interest in a typical story of vengeance and retribution. Ives found himself the leader of the supreme heavenly sect appointed by his master before his ascension into an immortal. Being at such a young age and leading that powerful sect Ives put his revenge plan in action to deliver a destructive blow for all who ever wronged him and took from him all he holds dear to his heart.

His mission won’t be a simple one. However, facing a lot of adversaries and enemies as well as forming alliances and planning ahead of his opponents, Ives has a lot on his plate but he’s more than capable to deal with all the problems he faces in the future.

This manhwa is one of the few ones that actually explains the basics of cultivation and how many levels it has in detail. The story seems intriguing, and I’m personally invested in finding out if revenge will consume Ives or he’ll achieve his goal.

The manhwa is still ongoing at a total of 303 chapters so far. True, it is a long manga but it seems so fun and time flies when you’re having fun, so give it a try.

This story will 100 make you dizzy. Ling Fei, the main character, dies being backstabbed by a guy bearing a scar on his face. Instead of dying, he gets transported to the celestial realm where he lives for 20 years, learning to cultivate the realm’s key and unlock the highest potential possible in the process. Only to be stabbed in the back again by someone he thought to be his friend and gets killed by him again.

However, in a stroke of good luck, he’s reborn on earth exactly the same time he was killed in the first place surviving the assassination attempt. Everything comes with a price, though it was him losing his powers from his time in a heavenly realm. He was also unable to cultivate his powers for a while since the heavenly realm key isn’t compatible with that of earth.

Now Ling Fei has to discover and delve through a big conspiracy being sewn right under his nose to kill cultivators and weaken the prominent cultivator families in the process. The manhwa is rough a bit at the edges and it spends the first three chapters explaining what cultivation is and so on which isn’t a bad idea on its own, but it might lose some of the readers since it’s a confusing concept to say the least.

The project is going great, and with many hands on deck, the manga creator is doing his best to release one chapter weekly, so go support the project and check it out.

Okay, before we start, this manga contains adult content so be aware who you read it next to. We can start talking about the actual manga with that out of the way. The main character has been living all his life on a dragon vein. A source of great power and magical energy wanted by everyone. After he was isekai to a different world, three magical girls approached his house and were making a fuss.

Only by screaming at them, he was able to fling them. The mini meters in the air and one of them even pissed herself just by the sheer pressure his power has some serious “Fus Rah Do” if you ask me (Skyrim reference). This is without question a harem manhwa with heavy content having both censored and uncensored versions.

His main goal is to protect his house and guard it from all who want to take it over because of the dragon vein it resides on. With a lot of magic in his body, the MC will need to learn how to control and channel the immense power he possesses.

The story isn’t that original, but it’s good and seems like a lot of fun with all the fan service and plot materials.

In his previous life, he wasted his mother’s hard work and saving she kept for his school tuition on girls and living the rich people’s lifestyle, not having a care in the world. Almost close to attaining godhood, he sacrifices 5,000 years of cultivation and godhood for a chance to return to his life and fix all his mistakes with the wake-up call to his behavior being the death of his sister.

As he returns to his old life, his main concern is protecting his sister and making fast money to protect his family and try to avert the previous tragedy from happening again. He’s a changed man and ready to atone for his sins.

The man was so far as interesting and fun with a lot of similar elements between it and other Chinese manhwa. Especially when it comes to the power system and whatnot.

Qin Yun returns home after years of seclusion and being away on his adventures around the world. He returns home with a warm welcome from all his family members but thanks to his immense powers and skills, he is directly able to detect the dark demonic power around his older brother.

Tracking down the source, he encounters a group of demons and dispatches them easily revealing the powerful skill he is cultivating called the flying sword. Enlightened by the skill is one thing but tempering the sword and cultivating it is a whole different process.

Yun will defeat anyone who tries to harm his family’s stability and safety, disintegrating them with utmost prejudice. The manhwa is still like a newborn brimming with potential and if the first three chapters are that eventful, I can’t imagine what the rest of the story will be like and how interesting it would be to read it.

This anime is what would happen if Naruto was the story of Lee instead. It drags us into the life of Long Haochen, an apprentice knight brimming with potential and power. He’s even noticed by an elite knight and given special training by him to help him achieve his hidden potential.

The world-building is nice and the characters are unique. Whether in character or looks, each character has something that makes them special. The atmosphere of the world gives off a feeling of a dragon quest.

The manhwa has 200 plus chapters, and it’s a lot of fun and interesting watching Long Haochen learn with each encounter and strengthen himself is nice to see.

After the death of his whole clan, the MC is saved by his master and transported to our world at the price of his master’s life. The person Ye reincarnated into is as worthless and pathetic as they come. Having found out that he’s not of the wealthy and powerful Ye family, he was kicked out of the house and lost all his peers’ status and respect, turning his life into a living hell.

Ye Mo, the one in his body only aims to get money in any way possible to help him cultivate his skills and regain his previous strength in hopes of one day returning to his master site and avenging her demise. The manhwa has a lot of serious themes and cool-looking fights with the inclusion of some funny scenes as well.

As the manga is going, it seems to share a lot of the harem manga qualities with the girls swarming all around the main character. The art style is nice and the events taking place are well illustrated.

The manhwa has potential to say the least and with 100 plus chapters, it is safe to say that they are doing something right to keep the manhwa going on. 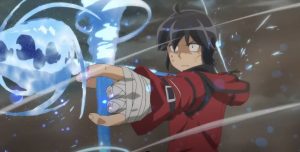 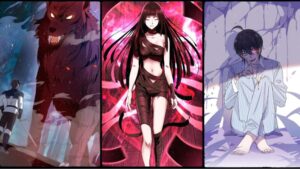 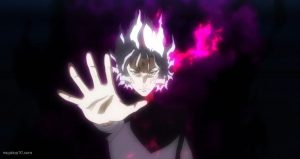 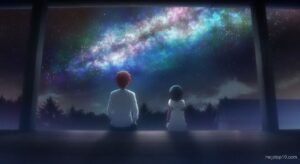