Here is the TOP 10 list of most awaited new upcoming anime 2021 in spring. Spring 2021’s anime season is just starting, so here’s a helpful top 10 list of a rundown of which series, both new and familiar, should become mandatory viewing. Some anime that was supposed to be aired in 2020 is postponed until the next year due to the spread of the COVID-19. You will find the date of air & the direct site link below. More anime titles will be announced to be aired from now on, so stay tuned & enjoy the top 10 lists of new upcoming anime 2021.

Don’t Toy With Me, Miss Nagatoro

The Slime Diaries: That Time I Got Reincarnated as a Slime

How Not to Summon a Demon Lord Omega

Here is the TOP 10 list of most awaited new upcoming anime 2021. Some of them already started airing and some anime that was supposed to be aired in 2020 is postponed until the next year due to the spread of the COVID-19. You will find the date of air & the direct site link below.

Last season Joe had just been crowned the champion of megalonia and did it all without the mechanical enhancements known as gears. It was a stellar finish to a modern underdog story at least it was until his life fell apart. Now under the name of a nomad, it seems that joe has gone back to his junk dog days leaving his title and recognition. Behind Soros, we’re guessing something terrible must have happened back at the homestead given his new disheveled appearance. Hey, as long as they stick to its signature cel-shaded style and killer soundtrack and we’re here for it.

9. Don’t Toy With Me, Miss Nagatoro

Like Ozaki, before her, this little lady has already got the internet in a frantic state due to some really stupid reasons. So naturally, we all are excited to see where the story goes. Following a sharp tongue student who becomes interested in teasing slash torturing her senpai. The series looks set to perfectly capture nagatoro’s wild charm and humor. As fans of the source material are all no doubt aware the relationship between our leads is a lot sweeter than you might think. So toss out any preconceptions of bullying and just enjoy the ride.

They’re back to life, back to their crappy prefecture, and back to rock our socks off with their idol hijinks. Oh, how we miss this undead waifus. with saga, on its last legs, it falls to sakura and her fellow zombie idols. From across time to turn up the volume and try to save their home before it’s left to wither and die. From the looks of things, we can expect a lot of glam-great onstage performances and more of Tatsumi screaming his head off.

One of the big up comers for the new season. This military mecca is looking to do justice to the dark undertones of the much-beloved light novel. With the war between the republic of san magnolia and the empire of Giard continuing to escalate major Lena mirza finds herself in command of a squadron of soldiers ready to fight for the glory of their homeland. Just one problem her unit comprises of 86s soldiers forced to operate dangerous mecca all of whom are oppressed members of the colorado minority. Add all that together and it looks like we’re in for a sci-fi set to tackle race relations militarization.

6. The Slime Diaries: That Time I Got Reincarnated as a Slime

I mean it’s not like Rimuru plans to devour 10 000 soldiers each day. Sometimes a slime just wants to unwind while focusing on the smaller aspects of running a town full of monsters. A slice of life spin-off to the much-beloved Isakai. This series is for those who favor the quieter side of Rimuru and his superpowered social circle or just need another excuse to watch more of Xi’an. Sure it’s trading out any large-scale battles but at least we can expect to see plenty more heartfelt comedic interactions.

5. How Not to Summon a Demon Lord Omega

One of the more underrated Isakai to come out in the last few years. Say what you will about diablo’s antics not exactly breaking the mold it still ticked plenty of beloved boxes. Anxious youth reincarnated as an op character. A growing circle of endearingly busty waifus and plenty of one-sided battles that never fail to entertain. Hopefully, diablo ups his game this time around and really shows what a demon lord can do and actually makes a move on shura before it’s too late. From the new upcoming anime 2021, this one is ranked higher by viewers.

We’re expecting this one to blindside us with its feels. Following the journey of a shape-shifting entity. The series look said to steal the show in terms of spellbinding visuals but as even a casual fan will tell you this one isn’t so much an emotional punch to the heart as it is a pile driver. We’ve got a deathly ill boy and his pet wolfy and a multitude of cultures set to show the shapeshifter every shade of the human experience and countless other observations dead set on making us weep.

It’s a fairy tale in space well sort of. The latest of Hiroshima’s works to get itself an adaptation the faces may look the same but this time magic has been swapped out for spaceships. Raised by robots all his life Shiki finds his world expanded to cosmic proportions as he finally gets the chance to leave his home planet setting off on a grand adventure across the cosmos. Given how this is supposed to take the best of fairy tale and rave master’s action. While also smoothing over any of its imperfections we’re excited to see just how high it can reach.

My hero academia season 5 seems like only yesterday that Deku was beating the beak-off overhaul and Endeavor was scorching his way to the title of number one hero. In what’s become a mon tradition the next-gen caped crusaders are back for their fifth outing. While we’ve still got a million questions in regards to what’s happening with Deku’s quirk and the other users of one for all. We’ve got class 1A and class 1B battle royale to look forward to. Finally a chance for someone to beat monomers facing. My hero is the most awaited new upcoming anime 2021 by review.

An unsung hero of the shonen genre now reincarnated into modern times with all the flash that comes with it. For those that didn’t grow up with this retro action fest and its hauntingly terrible dub, you’re in for a treat. Focusing on the laid-back sword-swinging Shaman Yo and his crew we have high hopes this adaptation will recreate the Shaman tournaments and all its iconic battles in glorious detail. Not to mention finally give it the canon conclusion it deserves. We’ve waited long enough and it’s finally here.

As per Netflix, Funimation, Crunchyroll, Hulu’s best top 3 anime in 2021 are One Piece, Demon Slayer, and Re: Zero − Starting Life in Another World.

As per viewers and critics ratings Attack on Titan is the best anime in the world in 2021.

What is the number 1 anime in Japan?

With an overall rating of 8.73 Fullmetal Alchemist is the best anime in Japan.

Which new upcoming anime 2021 are you looking forward to the most?. Let me know in the comment below.

You can also watch- 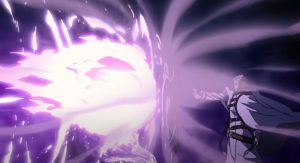 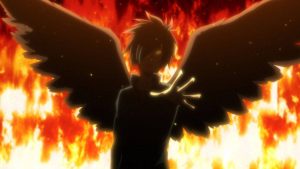 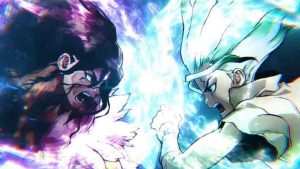