Fantasy romance anime is a genre all its own. If you’re a fan of a good romance and enjoy a unique experience from time to time, fantasy romance might be the genre for you. This list will help you find your favorites. If you are looking for anime that is well-written, well-paced, and has a great storyline, then we bring you the 13 best fantasy romance anime.

Now I know Libra of Nil Admirari sounds like a name ripped off of a Latin history book but it turns out this anime has nothing to do with Latin, but still, the whole description of the anime feels like something ripped out from an epic fantasy novel.

Here we have one girl from a wealthy family forced to marry a guy she doesn’t even know, but right on the wedding day her brother dies, and somehow, the guy leaves a book behind.

The girl cannot keep her hands in check so she touches the book and then awakens a power to see supernatural forces created by god. Luckily, she doesn’t have to deal with them alone.

She got five other guys to help her. Yeah, this kind of gives off that reverse harem feel but it also has an interesting supernatural mystery going on, so make sure to check it out.

Here we got a bunch of boys and a bunch of girls getting dragged into a fantasy world they’ve never heard of. Don’t worry; this isn’t some harem anime either. The point is that this guy literally pulled out a girl from the sea and that’s when he realized, oh crap, this is a very bad day.

From there onwards, the anime keeps pushing moment after moment of romance and tension to keep moving the story forwards. But what stuck to me more than anything was how addictive this anime is. The more you watch it, the more you want to know what’s going to happen next and you might ask how a drama anime can hook you in like that but trust me, it happens.

Also, there’s a romance between all these seven characters, so fantasy isn’t the only thing that’s going to accompany you in this anime.

11. Origin: Spirits of the Past

The guy has some bad luck because he stumbles upon a girl who can destroy the world. Now soldiers on both sides are searching for the girl and Agito gets dragged into a two-sided war along with a black-haired girl named Toola Cm Sacl.

This anime feels like a combo of Akira and Princess Mononoke, so if you want some demons, wars, and vegetation trying to kill you, then this is the show for you.

So, you know how most isekai anime involve guys getting into worlds invaded by demon lords and then becoming overpowered as hell. Well, this anime is different. This time we have a girl who got too curious and then got isekai into a world full of gods. A girl’s name is Yui Kusanagi, and she gets transported to a world with five obsessive dudes and a guy called Zeus.

Anyone who has read Greek mythology knows you should stay away from anyone named Zeus, but it turns out Zeus just wants to train the gods. That’s right, Zeus hired Yui as an instructor for an academy full of gods in order to prevent the deteriorating relationship between humans and gods.

From the title itself, you can see what this anime is about. That’s right genius, it’s about earls and fairies. I know what you’re thinking; wait a minute, fairies. Yes, it turns out this girl is a fairy doctor and meets this blonde guy who is looking for a fairy doctor. Then the blind guy says, “Okay, I’ll give you a job, and the next day she becomes his servant.

I know master-servant relationships aren’t very original but Earl and Fairy definitely deserve the top spot when it comes to anime of this niche.

You can clearly see the logic and ideas behind these characters and you can tell why they fall in love with each other, which if you haven’t realized is not something many modern romance anime writers think about. This anime also has some nice world-building and that’s why I call it a good fantasy romance anime.

Wonderful Wonder World anime has a girl called Alice and she gets thrown into a wonder world, so this is a parody of Alice in Wonderland, but Alice isn’t such a sweet and innocent girl this time.

She’s dark, strong, and super cynical and it turns out the bunny who went down the rabbit hole is a guy who wears bunny ears. What’s the guy’s problem? I don’t know, but somehow he likes to wear bunny ears, and this time, the world isn’t called Wonderland. It’s called Heartland.

Along the way, you’ll meet mafia leaders, charming knights, and all sorts of weirdos, which makes this anime really interesting to watch. Whether you’ve read Alice in Wonderland or not, make sure to watch this anime.

07. Our Last Crusade or the Rise of a New World

This is the 2020’s lovers anime. It’s about a boy named Iska and a girl named Aliceliese who are in a world Shattered by the war between two forces, the Empire and the Nebulis Sovereignty. Iska’s ambition is to fight and prevent the war.

At the same time, Aliceliese wants to destroy the Empire and unite the world under the banner of the Nebulis Sovereignty. The two have opposing ideals but when they meet, they realize a lot in common.

From the outside, it might look like it’s two overpowered characters trying to kill each other but there’s more to it than that. The animation’s pretty great and there’s a cool magic system here as well. If you loved Lord Marksman and Vanadis or need a more modern version, this is the show for you.

06. The Saint’s Magic Power is Omnipotent

Remember those isekai guys who got kicked out of the Kingdom, yes I’m talking about Shield hero. Perhaps all these guys should take advice from this girl. Similar to many characters on this list, Sei Takanashi finds herself thrown into a fantasy world but this time as a holy Maiden.

But she is immediately kicked out because she was summoned as a spare. Do you think she’d be depressed? Nope. She decides to devote her time to research.

Once again, this isn’t one of those anime with tons and tons of action. The story revolves a lot around the characters and dialogue and it gives off the wholesome Slice of Life vibe you don’t get in any shows these days.

Instead of a generic female fantasy Warrior, we got a smart girl who likes research. There’s some great romance here too, so make sure to check it out.

05. The World’s Finest Assassin Gets Reincarnated in Another World as an Aristocrat

All right, it comes in another original premise. When the world’s greatest assassin finds himself betrayed and backstabbed by the very organization that our MC had sworn allegiance to.

His frustration causes him to have an audience with a goddess that appreciates his exceptional skill. The goddess ends up giving him another chance at life by reincarnating him in a world of swords and magic with one goal: to save the world from destruction by killing its hero.

What I liked about this main character is his anti-hero personality and do not give a damn attitude. He even gets the girls much more easily than the rest of the anime protagonists I spoke about and the opening of the show is also a banger. So, make sure to check this amazing fantasy romance anime.

04. Banished From The Hero’s Party, I Decided To Live A Quiet Life In The Countryside

As usual, the show’s main character is a generic isekai protagonist who is way too overpowered for his own good, but what’s the interesting thing about this anime? Rit is the best thing that happens to this one.

If you don’t know who Rit is, then Rit is a girl who acts as the perfect sidekick for our hero while looking cool. This is also one of those anime where the writers don’t take a whole season to establish their romance.

The show pretty much tells how much of a great chemistry these two have and they start dating very early and even live together, so you don’t have to go through all those teenage romance cliches.

When you read the synopsis of this anime, you’re like, huh, the guy who wrote this was probably smoking something but only when you watch the anime do you see what sort of a great show it is. It’s about a retired actress who is taken back to the spotlight and interviewed by two popular filmmakers.

By interview, if you think the two dudes are going to sit there and ask questions about her, you cannot be more wrong.

This anime movie has one of those unique directing styles that uses the art style in its characters to weave a cinematic masterpiece. Seriously, I know it’s not like other fantasy romance anime but make sure to give it a watch. It’s that good.

Here comes the genius girl and the overpowered boy. These two are like the perfect power couple against all the political enemies of the country, and even though I said that we all know we’re going to watch this anime just because of this girl who wears one of the weirdest political attires of all time. So, what’s this anime about?

You’ve got the beautiful Siluca Meletes finding a way to defeat the demon lord and impending chaos. On the other hand, we have the skilled Theo Cornaro who wants to liberate his village from evil. Even though chaos and a demon lord are the greater evil, it is the political struggles that run through grand crest’s wars episodes.

Theo is the overpowered character who doesn’t hesitate to rescue the lady when in need and rather than being another damsel in distress, Siluca is actually a smart girl who pulls off political schemes to climb the hierarchy.

01. WorldEnd: What do you do at the end of the world? Are you busy? Will you save us?

No, this isn’t World’s End Harem that’s a different show. Rather than being overpowered, it’s more like the protagonist Willem is underrated but suddenly surprises everyone with their power. WorldEnd happens in an apocalyptic world now attacked by mysterious beasts.

To defend humanity and what’s remaining girls dubbed as leprechauns wield the ancient weapons and work hard to fend off these creatures. But don’t expect a lot of laughs just because you saw that drama and romance tag in it. Because soon this turns into a fantasy tragedy that will leave you weeping.

On the good side, the world-building of this show is really great, so if you want some great fantasy mixed with romance that will make you use all your tissue boxes, then this is the show for you.

If you are looking for more fantasy romance anime then you can also visit here.

Do you agree with our list of the 13 best fantasy romance anime? Tell us your favorite anime in the comment below. 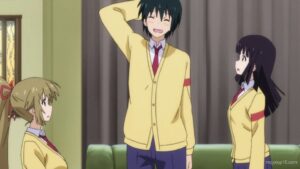 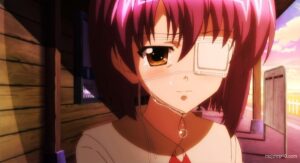 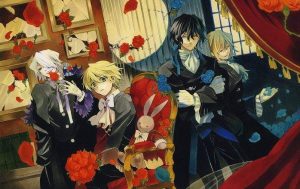 10 Best Adventure Fantasy Anime That You Must See