From the unexpected to the incredible, the spring season of 2022 had no shortage of action, fights, and surprises. Which anime delivered the biggest punches? Which anime had the best fight in spring 2022? To find the best, we bring you the top anime fights of spring 2022.

Here are the best anime fights of spring 2022

The spring season of 2022 has finished with many anime fights, each so intense it may leave you speechless, cold sober, or both. To find out the best anime fights of the spring 2022 anime season, we bring you the seven best ones to watch to get your fill. Here are our top picks.

Arc VS Basilisk (Skeleton Knight in Another World)

Skeleton Knight in Another World may not have become a mainstream hit this season but it’s a refreshing change of pace. People have jokingly called it the light mode Ainz show and it’s easy to see why.

To easily establish the contrast of this show from other serious power fantasy isekai’s, we have this early fight against the basilisk. If you were to ask me, I like how the fight maintained the air of tension despite there being a light-hearted backdrop to it.

Whereas most isekai heroes would have dispatched this random monster in a showcase of power, Arc struggles a bit against it fombles would be a better word for I suppose as there’s really that aura of awkwardness beyond the display of wits and bravery.

This fight does what it needs to do. Establish Skeleton Knight in Another World’s overall tone and appeal as a more wholesome and light-hearted isekai adventure.

I’m not going to lie. Before the season started, I’m Quitting Heroing wasn’t on my watch list. However, upon taking another look at the chance and the premises of each show, I decided to give it a shot in the end. It’s got an interesting and unique gimmick to separate itself from the rest of the pack and so far, I like what it’s been doing with the age-old question of what happens to the hero after he’s won.

It’s also got some great fights that the season saw he needed such as Leo fighting the four generals. He really pulled the card for the big twist as the anime heads towards the end of its run and it’s here that we get a more direct proof of how powerful hero Leo really is.

He destroys them into battle, one that he knows very well that he can win without breaking a sweat. In the four against one fight, he easily shrugs off everything the generals can throw at him all while responding in kind.

The reversal of role plays into the fight so well, with how much he’s gloating and brushing off everyone else. Leo really has that villain role practice to perfection, don’t you think.

Battle VS The Spirit Tortoise (The Rising of the Shield Hero)

the battle versus the spirit tortoise is still pretty good. I said still pretty good because honestly speaking, there’s quite some changed content in this fight that could have made it better. Shield Hero’s second season is still something that I did have fun with.

Unfortunately, I guess it’s about time for it to get hit with the classic light novel adaptation disease of cut or modified content. Guess that’s why the series seems to have fallen off since the glory days of just a few years ago. Still, the spirit Tortoise fight is exciting and enjoyable as its own anime segment.

The voice acting, the production size, the visuals, and the music are all on par for what you’d want and they really did play up the threat of this big boss by showing its power and how it and the monsters mowed down armies at the end.

We also get some cool new skills from Raphtalia and the gang, but it just needed more build-up. It’s a good fight but I really hope you can check out the manga or the novels for this one.

The anime does try its best, but I feel there’s still something lost in the sheer magnitude of the fight. Still, if you’re up for some intense action that will get you hyped in the same way boss raids do, then this is a nice representation of that.

Fine VS Kubo (Vampire in the Garden)

Fine versus Kubo is a simple fight that’s enjoyable. I didn’t expect Vampire in the Garden to be a fight heavy series but in the small number of episodes, the show still gave us an enjoyable battle between Fine and Kubo. The two already had a fight early on, but it’s nothing compared to the spectacle and the decisiveness of this last one.

I like the fight because it’s not just a battle between two combatants instead it’s a clash of ideals just as good fights must be. The two represent two opposing values and world views. Coexistence or hatred only one can triumph in the end.

This second fight retains the smoothness and the fluidity of the first Fine versus Kubo fight but now adds so much to the stakes being the climax that we all needed. It also had no shortage of drama and tension thanks to the Fine vampiric nature manifesting. The Netflix release model is a true killer for an anime’s lifespan in the community consciousness.

Just look at the Stone Ocean and Summertime Render. Still, I implore you to watch Vampire in the Garden. It’s a short five episodes long but it’s definitely worth the journey.

Hibiki and Uta versus Undertakers is one of Bubble’s top highlights. Bubble overall is a film that has quite divided public opinion. It’s not controversial by any means but the reception has been mixed, to say the least. What hasn’t had a mixed reception, however is the universal agreement that it’s a masterpiece in terms of visuals.

The artistic style, the color quality, the sound direction, and such are nothing short of beautiful and there’s no better moment to illustrate all that than the showdown between the protagonists and the Undertakers. It’s not as much of a fight than an athletic race through the skies and with the music and ambient sounds like the people cheering you get pulled into the moment. This my friends is wit at its best.

Directing fast-paced fights to take the audience on a ride a bit less figuratively in this scene as we follow the characters fly around and take the battle to the skies while the city collapses. It helps that the music adds so much to the scene, especially when the Undertakers all go after Uta.

Many people have called this the best scene in the movie, and I agree, which is why I placed it so late on this fight list.

When I saw what Spriggan was all about, I knew we’d have something like this coming. I’m talking about a frantic high tension fight that pits the two operatives against some of the fiercest foes possible.

I know it’s going to be one of those thriller action anime but to have enemies that employ some of the craziest attacks that newcomers could think come out of the left-field, this is the wild action that we came here for.

The pace and the intensity of the fight was really well conveyed with how the animators decided to do this scene. I mean, it’s quite a mess in a good way but also not to the point where you don’t understand what’s happening.

The camera work is also great in emphasizing the impact of the moves, especially the finishers. Spriggan might have felt a bit condensed given that it’s just six episodes, but this one has it all in terms of fight choreography and animation.

Everyone VS Kaido & Big Mom (One Piece)

Lastly, we have everyone versus Kaido and Big Mom. Has there been a fight in One Piece that has as much hype as this one? If we’re talking about modern One Piece, I don’t think anything comes close to this one. When two of the biggest and the baddest in Kaido and Big Mom finally team up, we know the world will no fear.

But we know Luffy is the last person who would take it lying down and the times knife for the destin showdown between this unholy alliance and the worst generation and its shounen goodness as we love it.

It stretches for many episodes showing off a lot of growth in terms of our heroes and many moments backing up the hype that Kaido and Big Mom have. They’re not the toughest competition our heroes have faced so far for nothing and they put on a spectacle for the whole stretch of episodes, but we also get a lot of cool moments from the protagonist as seeing Luffy and Zoro take the fight to Kaido is truly a sight to behold.

One Piece has had a share of hype moments year in and year out but I don’t think anything from recent memory comes close to how well this lived up to it. I can’t wait to see the recent manga chapters make it to the anime and that’s something for you guys to look forward to.

Do you agree with our list of the best fight of spring 2022? Tell us your favorite anime fight in the comment below. 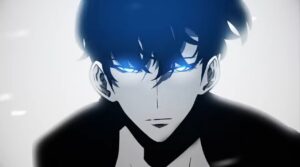 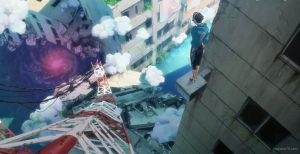